Ramblings of an upset mind

Today I found out that I've been kind-of-blacklisted at a local yarn store.

I KNOW! A yarn store, right? Knitters are supposed to be kindly, easygoing people. Or so I thought.

But I was the subject of some (apparently) rather catty remarks. It doesn't feel very good. 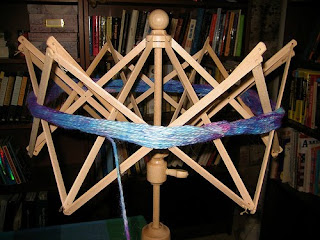 What did I do to bring that upon myself? I asked (ASKED!) if I could use their swift and ballwinder to wind some yarn that I had bought online.

When I went into the store, there were a few ladies sitting around knitting, and the store employees were chatting with them. The swift and winder were sitting idle. Nobody was even shopping at the time. 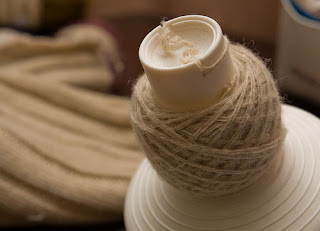 I asked if I could wind my yarn, and was told that it would be okay, as long as it was yarn purchased at that store. I said that it hadn't been, and was told that then I couldn't wind it there. Okay, then. That's fine. And then the woman I was speaking to implied that if I came back some other time, when there weren't any other customers present, that it would be alright for me to wind my yarn then.

But apparently, after I left, there was great discussion about how I could even think that it might be okay, and what kind of a rude person I must be, and how *could* that employee  even consider my request.

So I went in again this morning, to the now-empty store, and asked if it would be okay for me to wind my yarn. That's when I heard all about the kerfuffle I'd caused. 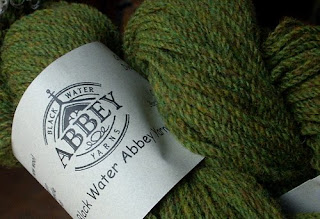 I totally understand that they want to keep the swift and winder for their customers' use... but I AM their customer. I buy most of my wool there. The only reason I'd bought this particular yarn online is because it simply isn't sold in stores, and "my" store didn't have a substitute.

Now I feel uncomfortable going back to that store. Which means that I'm that much more likely to buy more stuff online instead of locally. Which is kind of sad.
Posted by Wendy at 1:25 PM