For the ePattern from Sense & Sensibility: 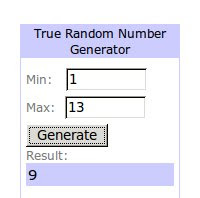 For the fabric baskets via Sew Mama Sew: 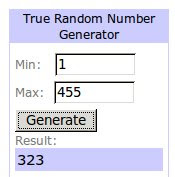 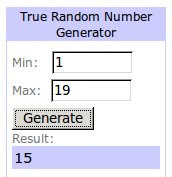 
For the tag book and collage papers: 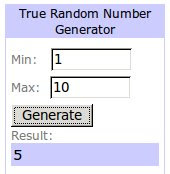 
And finally, for the marble magnets: 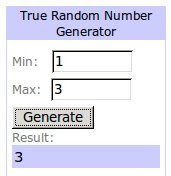 Thanks everyone for playing in the giveaways, and for checking out my blog!

I hate it when I run into circumstances beyond my control!

We had a lovely windstorm last night. At least, there was a windstorm that blew through the town I live in. Our house is on the lee side of a hill, so we're relatively unaffected by most storms that come through the area. Sadly for us, though, our ISP is not located in an equally sheltered spot. So even though we barely noticed the storm last night, I was left without internet access all day today, while the power company fixed up whatever went wrong on the other side of the hill. 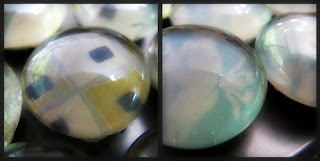 ... and today's giveaway is  a set of seven marble magnets in the winner's choice of mustard yellow/grey or teal/white. Just leave me a comment and tell me something that made you smile today.
Posted by Wendy at 8:25 PM 5 comments:

You can find the previous days' giveaways here: 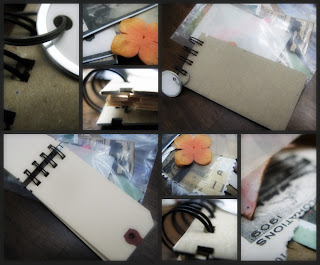 Today I'm giving away a small blank tag book and an envelope of collageable items to go with it.

For a chance to win, just tell me your favourite quick meal to make when you're in a hurry and everyone is starving to death right before your eyes. (Mine is Greek Red Lentil soup.)
Posted by Wendy at 9:51 AM 18 comments:

First... you still have a few days to enter the giveaways from Sew Mama Sew and Sense & Sensibility. 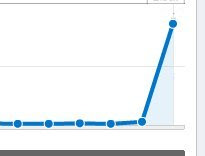 Third... I love what being part of the SMS giveaway does to my blog stats... I laughed when I saw this - all of my normal visitor count ups-and-downs just flattened right out, and one big spike at the end. Of course, I'd have no problem if all y'all decided to keep on visiting :) 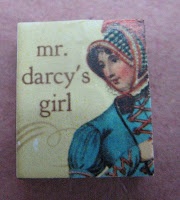 Fourth... I've decided to do a small giveaway each day this week. Just for fun, and because I can. Today's gift is a wee Pride & Prejudice themed scrabble tile.  Winner's choice of a pin back or pendant bail. If you want it, leave me a comment telling me something you wish you had done last week.
Posted by Wendy at 9:37 AM 38 comments:

The day you've all been waiting for is here at last!!!

I love giveaway day... so many new blogs to check out, so many great handcrafted items to ogle, the chance to win some of said items... does it get better than that?

Today I'm giving away a pair of coordinating fabric baskets. They're made of linen/cotton on the outside, and lined with cotton. They measure roughly 6" deep x 8" wide x 6" tall (unfolded). These baskets are great for corralling small projects, and fold down flat when not in use.

For a chance to win, leave me a comment and tell me one fun thing you're planning to do this summer. I'll choose a winner via the Random Number generator on the 20th.

And you've still got a chance to win an ePattern from Sense & Sensibility Patterns too!

As you may remember, I not only acted in a production of Pride and Prejudice last month, but I sewed a lot of costumes as well. 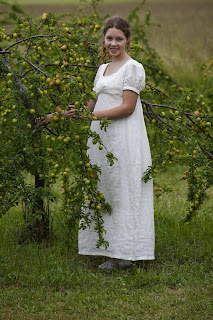 My favourite ones to sew were created by Jennie Chancey at Sensibility.com. I made dresses in several different styles, undergarments, and a couple of lovely little jackets.

And just for you, oh lovely reader, in honour of her new website redesign, she is giving away an ePattern from her site. 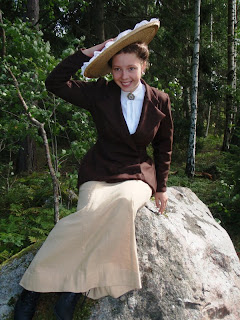 There are patterns from the Regency and Romantic eras... the Edwardian era (think Beatrix Potter)... the early 1900s (Titanic)... even a gorgeous 1940s Swing dress.

Many of the patterns are also sized for children. 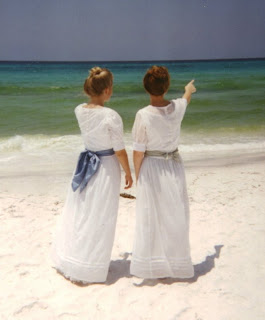 I found the patterns to be very easy to use. The pieces went together easily, the instructions were very clear and easy to understand. 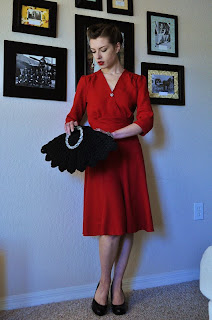 (Note: all photos in this post are used with permission from sensibility.com)
Posted by Wendy at 8:00 AM 16 comments:

So... a couple of weeks ago, I signed up for a kids clothes week challenge at elsie marley. Yeah, that was this week.

Unfortunately (or fortunately, depending on the point of view), I was stricken with a house-cleaning bug on Monday morning, and spent most of the week sorting and cleaning and organizing. I think I'll do my challenge next week. The weather is supposed to get wet again.

I've also taken advantage of the sunshine this week to do a bit of gardening. Mostly pulling weeds... it's amazing how fast they grow! 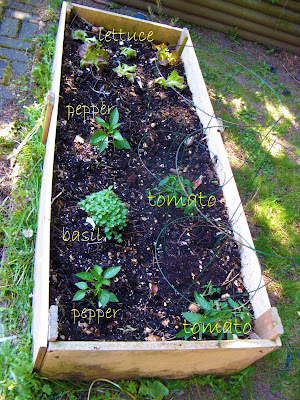 This is my one and so-far-only garden bed. Yes, if you look closely, you can see that it is indeed an old particle-board bookshelf. It's on its second year now, and still holding up well. I don't know for how long it will last... nor do I know what kind of chemicals are coming out of it from the wood... 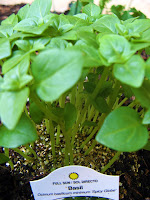 I so much wish that there was a way for me to share with you the scent of this basil. Maybe if you scratched your monitor a little bit and then stuck your nose right up to the picture?? No? Oh well. Better go plant your own, then, and you can sniff it any time you like.

Anyhow... don't forget about the giveaway day happening on Monday... and I have a surprise in store for you tomorrow as well! Happy weekend!
Posted by Wendy at 8:47 PM 2 comments: 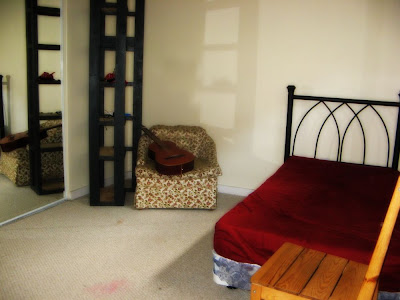 This feels very strange indeed. My eldest child has left the family nest... flown the coop... headed off into the great unknown. Well, she's moved out to her Grandma's house, anyhow. I don't know what to think.
Posted by Wendy at 5:46 PM No comments:

It seems silly, but I take pleasure in giving away something that I've made.

Plus, it's a chance to pay-it-forward for all the things that I have won in the past.

There's no photo to go with this recipe... mostly because the soup is gone, but also because chowder doesn't necessarily photograph prettily. The important thing is that the soup was indeed awesomely tasty. Epically awesomely tasty.

I started from the Potato Leek Soup recipe in James Barber's Immodest But Honest Good Eating Cookbook... originally published in 1986, and the first cookbook I ever bought for myself.

In a large pot, cook the bacon til crisp and browned. Remove from pan, and drain all but 1 Tbsp fat*. Add onions and leeks, and cook til softened. Stir in mushrooms and cook for a few minutes, then stir in potatoes and carrot, and add broth and water. Bring to a boil, then reduce heat and simmer for approximately 20 minutes. Stir in zucchini and corn, and cook for a further 10 minutes, or til all veggies are cooked. Stir in salmon, dill, reserved bacon pieces and milk; give it a few minutes to heat up again, and add salt and pepper to taste.  Serve with cheesy biscuits, and make about 10 people very happy :)