In this installment: the lining and inner pocket, and the side seams

To make the inner pocket, fold the pocket piece in half, or put the two pieces right sides together in such a way as to make a 5"x9" rectangle. Stitch a 1/4" seam around 3 (or 4) sides, leaving a small opening through which to turn the pocket right side out. 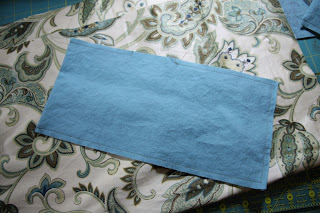 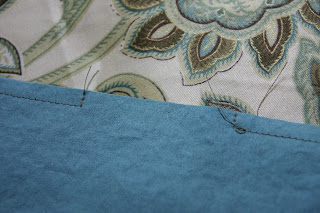 Trim the corners, turn right-side out and press.

Lay lining fabric out, and place pocket on it, approximately 3.5" from one of the 17" edges, and centered on the lining; making sure that the turning opening is at the bottom of the pocket, where it will be stitched down in the next step. 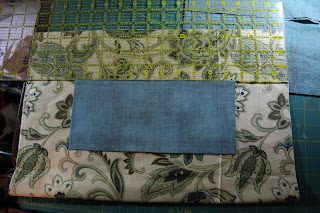 Mark the lines where you would like the pocket divided. I have put 3 3/4" pen pockets roughly in the center of the pocket piece, leaving two larger pockets on each side. Stitch around the three sides of the pocket, and along the dividing lines. 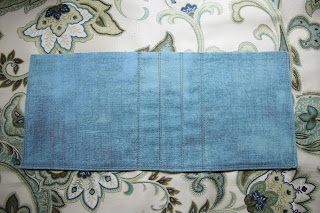 Now it's time to sew the side seams on both the lining and the outer bag.

Fold the lining in half (with the 17" sides across the top) and sew a 1/2" seam along the two sides. Snip the seam allowance open at the bottom fold, so that you can press the seam open. Lightly press a fold line along the bottom of the lining.

To box the corners, match up the seam line with the fold line, starting at the bottom corner of the lining, and mark a 3.5" line perpendicular to the side seam. Stitch along the marked line. 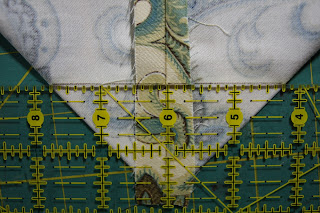 Press the resulting triangle toward the bottom of the lining, and top-stitch close to the seam. 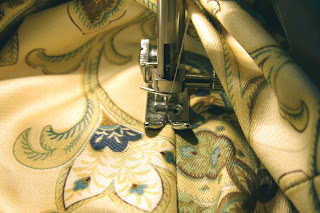 Do both corners in this way... and that's the lining done. Set it aside for now. 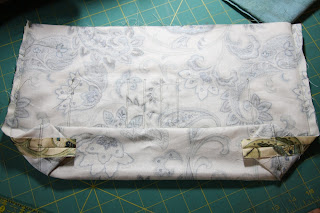 Fold the outer bag in half, the same as you did the lining, but this time, stitch a 3/8" seam allowance. Press both seam allowances toward the back of the bag, and stitch a double row of top-stitching as far down toward the corner as possible. 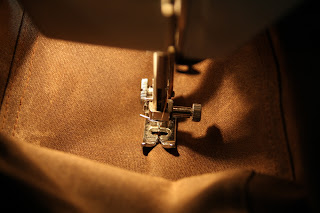 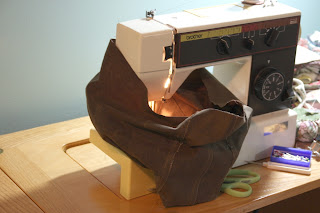 This will involve a little bit of wrestling, and maybe a few bad words, but it is possible to get fairly close to the bottom of the seam. 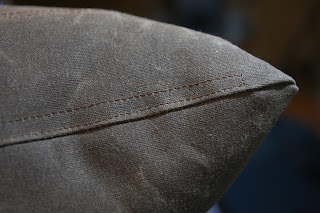 Now, box the corners of the outer bag and stitch them down, exactly the same as you did with the lining. 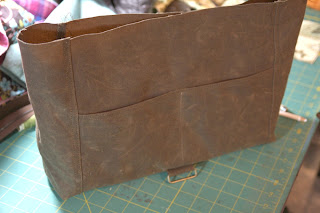 And there you are.

Next up: assembling the flap, and putting the pieces together.
Posted by Wendy at 11:35 PM